Browsing
It is well known that the core of the watch lies in the movement, which is as important as the heart of the human body. The movement greatly determines the performance of a watch. Here a brief talk on the features of ETA movement and three types of self-made movements helps you know about watches more or less.
ETA movement
ETA SA Manufacture Horlogère Suisse is the largest manufacturer in manufacturing finished movements and semi-finished movements all over the world. ETA monopolizes more than 85% movement output in Switzerland. Though ETA movement isn’t the best, it supplies a great deal of movements to many famous watch brands. As the common movements, ETA which was born earlier could be called the mature movement since it has been developing. It indeed has incomparable stability and precise durability. Which on earth is better, ETA movement or self-made movement?
It has no definite answer for that, and mostly it depends on movement grade, your propoty and your personal opinoins. 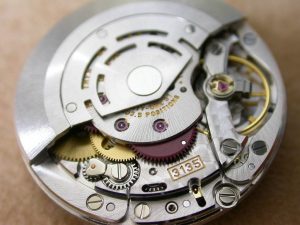